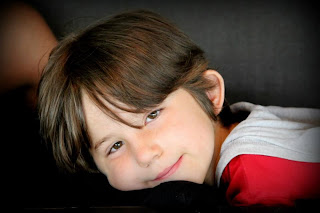 
Gratitude for today in a love letter to him....


Six years ago, I entered a hospital room in Kuala Lumpur, Malaysia with an extra 32 pounds on my already thick frame. Ankles so swollen they resembled the stump-like shape of an elephant’s. I was told not to eat and given my first enema. Hours pass as the medication given to me began to be absorbed causing volcanic waves of pain throughout my body. I called for relief. After anumber of sticks into my spine, the IV went in. Still able to walk, I moved in slow shuffles circling the hospital’s white corridors. Fiercely independent, sensitive and not wanting to be coddled, I wasn’t good company. My husband, engrossed by football on the TV, checks on me periodically. Finally, the doctor, a Korean man with a lazy right eye arrives, and declares that it’s time.
He pulls on knee high galoshes, removes the end of the 3 part bed made for petite little Asian women and forces my feet into the cold stirrups. Long after the pain medication wore off, I hear the soft whaling of a baby’s cry. Tears stream down my cheeks and I can taste their saltiness as I kiss an angel’s soft, bloody head. The nurses quickly steal him away to bathe, weigh and check a myriad of medical things required. Then, a tidal wave of nausea hits as I lean over and vomit an orange eaten nearly 10 hours before the labor began.
So began my journey as mother of not one but 2 boys, my first born over 10 years ago in rural Arkansas. I’m constantly amazed at how different the boys are. I try to refrain from comparing them to each other, myself or their father, in hopes that they come into their own fullness: their own mistakes, personalities, dreams, and identities. Constantly labeled as a child, I struggled to break free from the pre-conceived character traits given to me by both my father and mother.
My father’s words replay in my head: “You never listen to my advise. You will never make it on your own as a single mom, just stay married.  You’re too sensitive. Your son is not responsible.” And, occasionally, he realizes how harsh his words are, and he reassures me that I am a good mother. I am. I am a good mom. I’m certain he’s said a million good, complimentary things to me. It’s just curious how I can’t recall them. One negative comment can erase a dozen good ones. My mind can be selective. Words pierce like needles in my veins that lead to my overly-sensitive soul.
My mother: “You can become anything you desire- Ms. America, even! You are magnificent…” all good and positive words expressed in an exaggerated manner. I realize now that the over-the-top encouragement was used as band aids for my mother’s own lack of love and connection she deprived of in her childhood.
There is a Sanskrit word, Vajra which literally means diamond. It’s said that having vajra wisdom is like being a diamond. It can be used to cut but nothing can cut or break it. In my own life, I desire this diamond like strength and yet crave the ability to draw from the wisdom of experience without comparison, break the legacy of my parents patterns of behavior, create new paths for myself, and a doorway of possibilities for my children.

“Vajra sees things as they are rather than seeing things with ego, which makes us opinionated, judgmental, and sarcastic. The challenge for vajra types is to pierce through the fear of intimacy and embody tenderness through being vulnerable and open. The Movement from the reasoning, intellectual doubter in the head to the clear sighted, vulnerable warrior of the heart is the transmutation of vajra from neurosis to sanity. The challenge is as always, to stop living life from the head, and to live life fully from the heart.” – Adi

In a love letter written to son # 2 before he was born, I share my hopes, dreams, and how it felt with him growing large within me. In a love letter I wrote today, I share how I desire in the years to come, that he will see me as a mother who tried her best to give him the freedom to be uniquely his own and “live a life fully from the heart”.
I love watching him explore who he is and who he has the potential to be. Giving him room for the grief, relief, misery and joy that comes with the winding, often messy path of growing up is the invocation of motherhood.

As published on Elephant Journal, November, 2011.