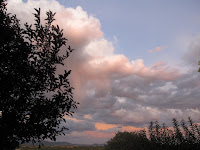 What is Yoga?
YS 1:1, Yoga is now explained.
YS 1:2, Yoga is restraining the activities of the mind.
YS 1:14, Yoga is continual practice and devotion that is grounded in awareness, so that it becomes effortless.
Yoga is union. Not separate. Everything is connected.
Yoga is not a religion, it is a practice. To be done every minute with commitment. And, you can't (or shouldn't) teach anything that you don't practice.
What's the difference between doing yoga and living yoga? Put 2 people in the very same situation, one will suffer and the other will not. That is yoga.
Yoga is not done to "save the planet"; it's to save ourselves.
Focused surrender is Yoga. Die to ego.
In the Bhagavad Gita, The song of God, Krishna said that the separation from pain and suffering (ignorance) is Yoga.
Traditional meditation is yoga. A state of consciousness and living in awareness.
If you're not married to your idea of yoga, you're not getting it.
Karma Yoga is not just service-- but it IS life, a way of life. Taking away the need for recognition. Have freedom from the goal; it's about the journey.
Dhyana Yoga is meditation, a deep sense of unity and a radical transformation of your inner self.
Bhakti Yoga is devotion. Replacing the individual will with the sacred and Divine to tap into your potential.
Raja Yoga is classical Yoga or all techniques.
Vijnana Yoga is bliss.
As I finish this list, I came across something Stephanie said... "speak from your experience rather than regurgitating what you've been told." There is value, so much value in that statement. I can type out all the notes from our month long experience... but if I'm not living it, breathing it, and doing what I know to be true daily, of what use is it?
Living Yoga,
Melissa
Labels: Santa Fe Sunset