At this rate, I might finish my 14 days in India in about 6 months of blog postings. Taking my time with to savor the beauty of it for as long as my selective memory can. A friend said to me yesterday, that India will stay with me for a very long time. I certainly hope so... India seems to be polarizing. I come across people who either love it or hate it, people who dream of going like I did or people who would never in a million years want to go. 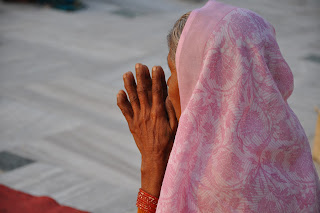 Prashant shared when a Hindu passes in India, the funeral lasts 16 days or so. The body is cremated and the family gathers and gives Puja (usually food and money in exchange for prayers for the soul of the deceased) to the Brahman (priest). The immediate family then travels to the Ganga in Haridwar to release the ashes into the holy river. It must be a certain day, for if it's too early, the Brahman there will not allow it. In Prashant's case, they arrived too soon and sadly were unable to carry out the ceremony. His brother had to go back a few days later on his behalf. The river is considered among the holiest in India and those that worship her believe she will purify everything and anything. In the case of the dead, it's believed that it will bring peace to the departed soul. May his beloved grandmother rest in eternal peace. 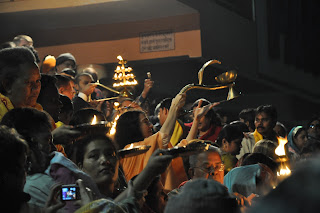 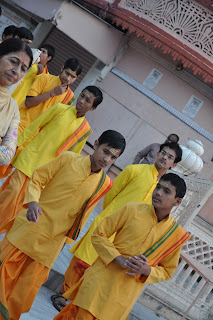 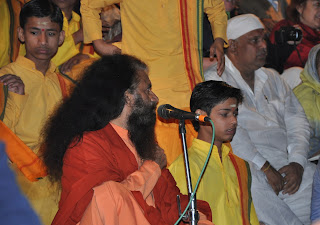 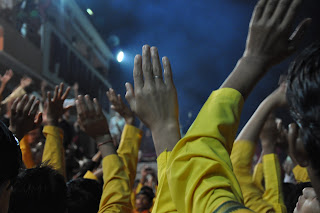 This put a whole new perspective on the Ganga for me. I went to aarti every night for the first 10 days, basking in the beautiful chanting.  Completely mesmerized by the faith and devotion displayed, I was also a bit annoyed, however, at paparatizi-like feel (the number of cameras, including my own!) and how there seemed to be "special people" who were invited to the fire by Swamiji who only seemed to appear when these unique guests were there. I also discovered by the end that there's a look-a-like Swamiji: one with greying hair (Swami Chidanand Saraswati) and one with full dark hair. All that non-sense aside, I enjoyed watching the boys clad in yellow who live in the ashram. Some really seem to be intoxicated with the music, singing and clapping and others seemed bored to tears. They're just kids, after all. All of them seemed quite happy with their spot in the limelight, though, and a few often lead the chanting (a bit off key) but it was charming. 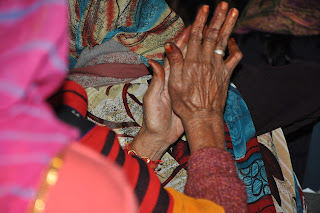 Our Kriya teacher Indu believes that her dip in the Ganga is what cured her eyesight when she was a child. I don't know that I believe the river Ganga contains anything more than what the believers and devotees hold in their own hearts. The power of faith is either there or it's not. I've always been strong in the area of faith. And, indeed, felt the mystical lure of Rishikesh and the Ganga. Having said that, the most intimate I got with the Ganga was an occasional washing of my feet and sandals after stepping in cow dung. (This happened at least 4 or 5 times.) The water was ice-cold, clean and seemed to be in hurry to go somewhere else. Perhaps it was carrying a few souls and offerings along, including the cherished remains of Prashant's loved one.